Nowadays, when you go to a weed store near you, you may notice the mention of CBG and CBN, just as much as CBD or THC. You may have also caught on to a relationship between good weed and high terpene content. Over recent months, consumers of recreational weed in Kelowna have been flocking to these products to reap benefits other than Euphoria or a “high.” So, what do these ominous letters stand for? What are terpenes? And why are they worth mentioning?

These abbreviations represent different cannabinoids. Cannabinoids are chemical compounds that interact with the endocannabinoid system in your body to produce various effects. This is the mechanism by which weed delivers that high you love. There are well over 100 different types of Cannabinoids in marijuana plants. You’re probably most familiar with CBD and THC. 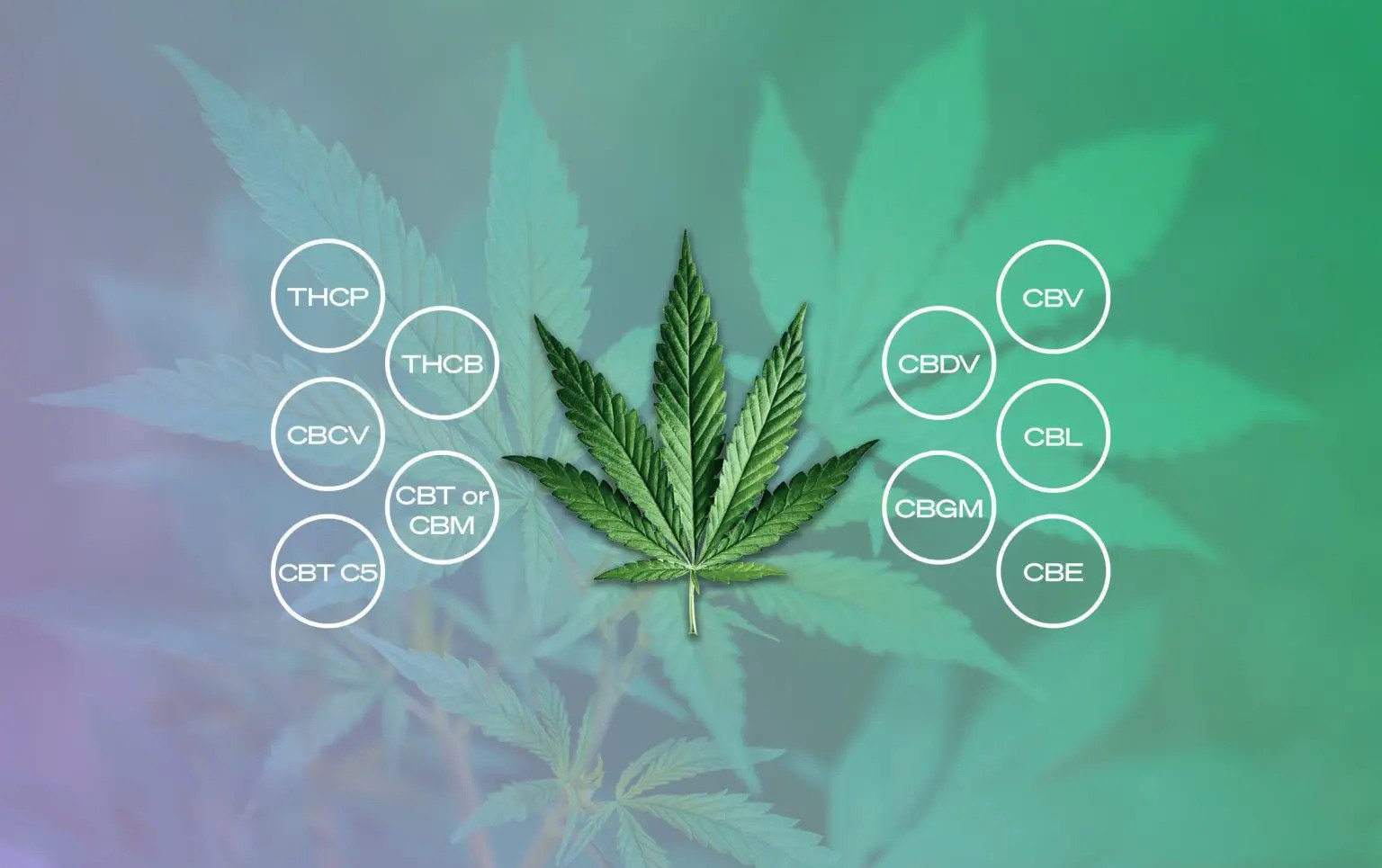 What is THC and CBD?

THC is short for tetrahydrocannabinol, which is a mouth full to say out loud- hence the abbreviation. THC is an active component of cannabis, it’s the main purpose recreationally is to get you “high.”

CBD is short for Cannabidiol and is also considered an active component of Cannabis; however, it does not produce the same psychoactive effects as THC. While many people use CBD edibles and CBD weed for medical purposes, recreationally, users may report feeling relaxed; some might even say it makes them warm and fuzzy.

THC and CBD work by binding with receptors that release neurotransmitters in the brain. There are two main receptors in the brain that bind with THC in marijuana, these are the CB1 and CB2 receptors. The CB1 receptor is involved in psychoactive effects, while the CB2 receptor is involved in anti-inflammatory and immunosuppressive activities. THC (and other cannabinoids) can only be found in one part of the plant: Trichomes. 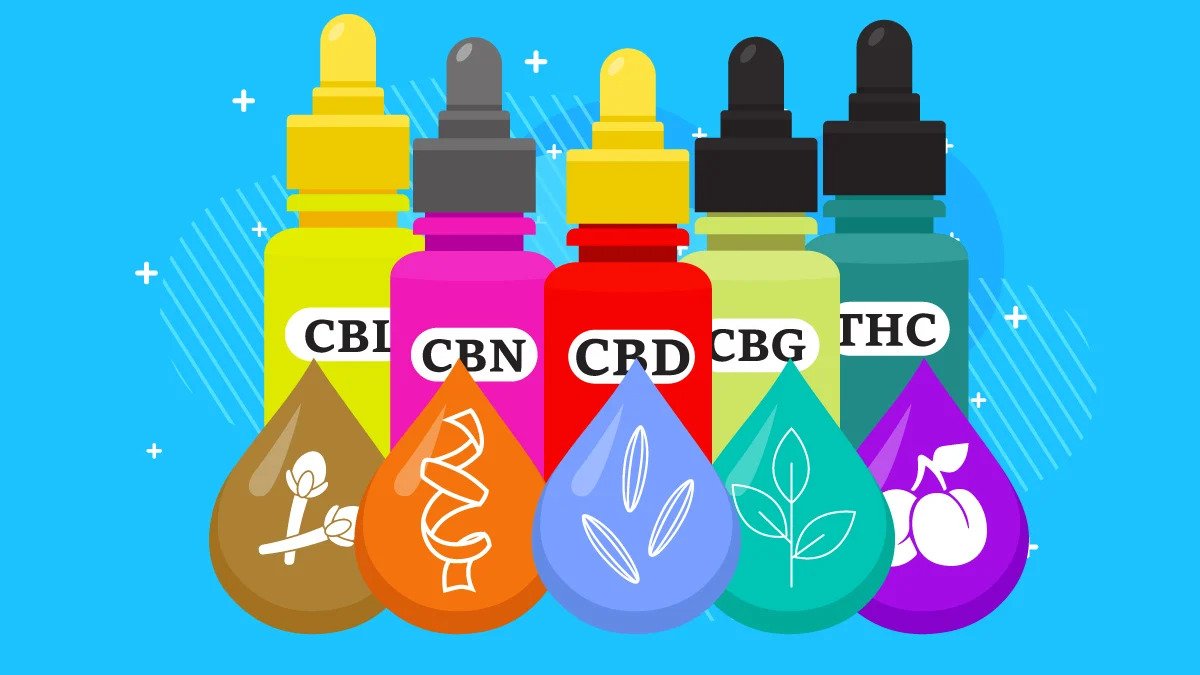 What about CBN and CBG?

CBN stands for cannabinol. Cannabinol is best described as a sister to CBD. CBN is the product of oxidation. For example, if you were to leave some weed in a glass jar on a sunny window sill, some of the THC would break down and produce CBN. CBN is less researched than CBD, but people often report feeling a different (often sleepier) high when it’s included in products. CBN also binds to the same receptor as THC (the CB1 receptor), meaning that those that are quite sensitive may feel a little high from just CBN alone! If you want to give it a go, come by the weed shop and check out the Midnight Berry gummies by Wana or the Elderberry CBN gummies by Wyld!

CBG stands for cannabigerol and is often called a minor cannabinoid since it typically exists only in trace amounts in marijuana strains. CBG was first synthesized in 1964 and has been studied extensively, alongside THC and CBD. CBG has been called “the mother of all cannabinoids” because enzymes in cannabis plants convert CBG to THC and other cannabinoids through an extensive chemical process. CBG binds to the same receptors as THC but does not activate them. Meaning that it’s unlikely that you’ll feel intoxicated from using CBG products.

You can think of the euphoric “high” feeling produced by THC as a base layer of a cake. CBN, CBD, and CBG are like different flavored icings. The concentration of these cannabinoids affects the quality and feel of the high. Some people even report that these cannabinoids make them feel less anxious when they get a little too high. If you want to test some CBG products, give the Pineapple Starfruit edibles from Sourz by Spinach a go!

Grab a bud of marijuana near you and take a look at it. Do you see the frosty, crystal-like specs covering your cannabis? Those are the trichomes. Trichomes are glandular appendages found on the surface of marijuana plants. These little structures produce all the Cannabinoids and Terpenes in the plant. If you’ve gone to Cannabis stores in Kelowna (or elsewhere), you’ve probably heard a lot about Terpenes. 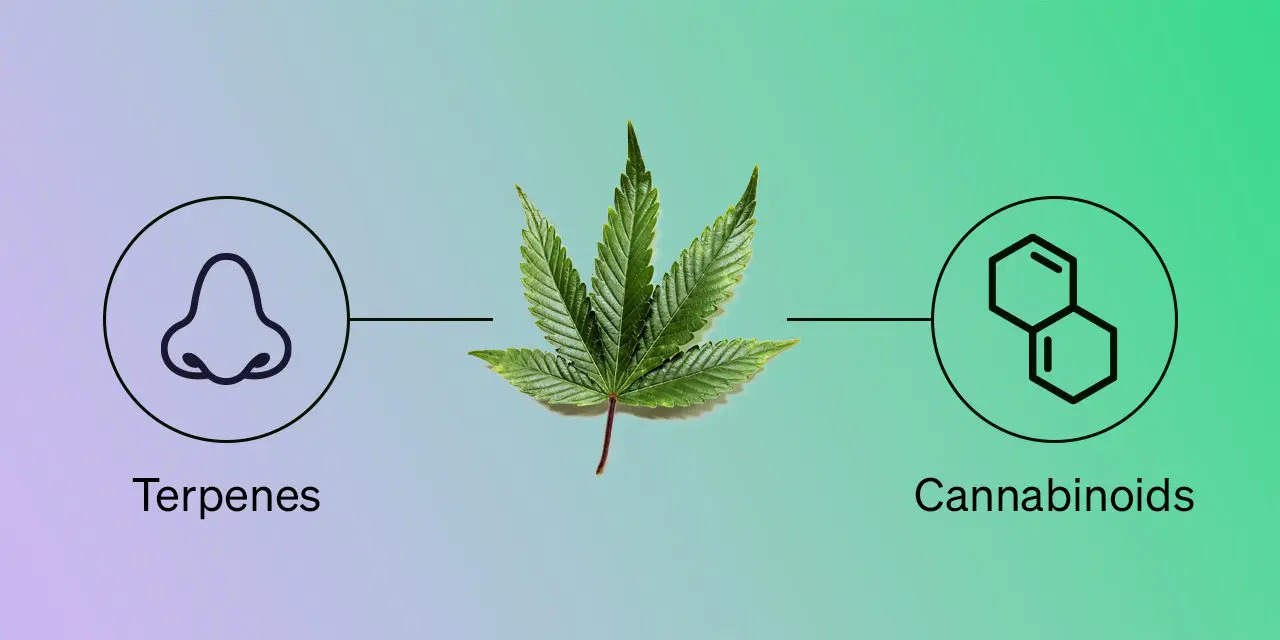 Cannabis terpenes produce the taste and smell of marijuana.
Some common terpenes include:

Terpenes may also factor in the quality and feel around your high. While they seem to all have their unique effects, those effects have yet to be studied and peer-reviewed enough to mention them here confidently. That being said, feel free to give each one a google search or come into the shop and talk to some of our guides to get some information from years of experience! While there is not yet enough research to support “the entourage effect” concretely, if you’ve tried enough different forms of cannabis, you probably back the concept.

What is the entourage effect?

The entourage effect is the concept that all these different terpenes and cannabinoids work together to affect your high. Suggesting that consuming cannabis products high in CBD/CBN/CBG and THC makes the effects of the THC feel stronger. That may be why smoking a distillate vape pen, and a live resin vape pen creates a drastically different effect for most consumers. Have more questions? Come into the store and talk to our guides about the entourage effect and let them suggest some products to best fit your needs!

Are you shopping from the Kelowna Area or Big White?

Thanks for supporting our local business!

Sign up for our newsletter and get 10% of your next online order.